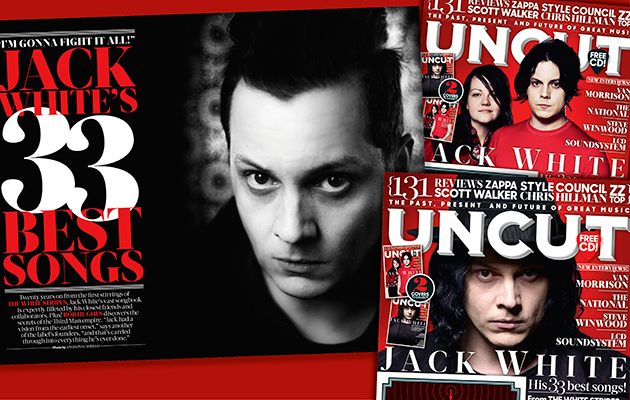 On July 14, 1997, a then-unknown two-piece called The White Stripes made their first ever performance, playing three songs at an open-mic night hosted by a local venue, the Gold Dollar. Exactly one month later, they were back on the same stage, playing their first full-length gig; after which point, you could argue, Jack White has never looked back.

In this month’s new issue of Uncut, out on Thursday in the UK, we celebrate 20 years of White’s mercurial brilliance – in the White Stripes, The Raconteurs, The Dead Weather and as a solo artist. Our cover story is a survey of White’s 33 greatest songs, as chosen by his closest collaborators and associates – including his oldest friends in Detroit, assorted bandmates from White’s various projects and artists from Third Man’s illustrious roster. Meanwhile, White’s Third Man operation open their doors to us – where we encounter curiosities include a 3-D Stereoptic-Eye, learn how to send vinyl into outer space and discover the secrets of White’s recording practices. “Jack had a vision from the earliest onset,” we learn. “And that’s carried through into everything he’s ever done.”

Our celebration of White is not just restricted to the inside of the magazine. You’ll find this month’s Uncut comes as a choice of two collectable covers: one featuring Jack and Meg in the White Stripes heyday and another featuring Jack as a solo artist. 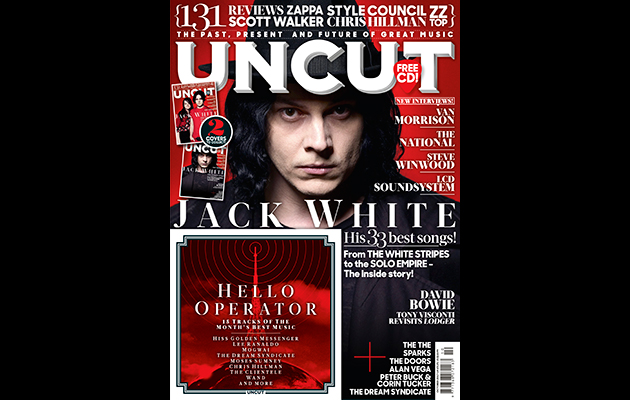 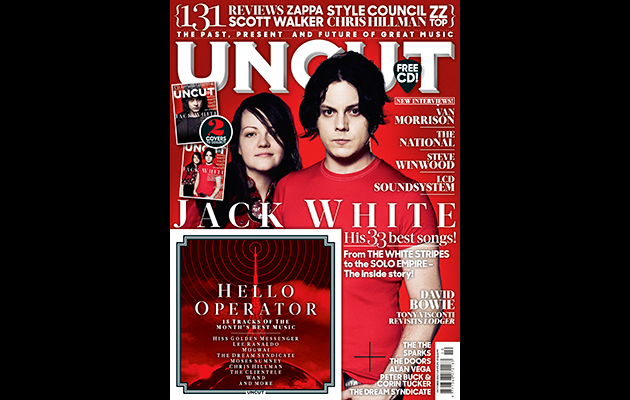 Elsewhere in the issue, we bring you a swathe of exclusive new interviews. First, David Cavanagh finds Van Morrison in unusually forthcoming form, eager to discuss topics ranging from Them to Astral Weeks, Veedon Fleece and the myriad agonies of life in the music business. Tony Visconti gives us a sneak preview of his Lodger remix in the forthcoming David Bowie retrospective box set: “I found some little gems on the tapes,” he reveals, telling us about Arabic raps, the original Lodger sessions and Bowie’s later attitude to re-releases.

Meanwhile, I met The National in Paris to hear all about their fraternal bonds that exist between this outstanding band. Tom Pinnock enjoys a mid-morning meeting with Steve Winwood, who surveys his storied 60-year career – including his time with Traffic and jamming with Jimi Hendrix.

Stephen Deusner speaks to the reformed The Dream Syndicate as the long-lost outriders of the Paisley Underground prepare to release their first album in 30 years. Excitingly, Stephen also caught up with the reclusive Kendra Smith, who tells us what she’s been to since she effectively retreated from music nearly two decades ago.

In our regulars, The The’s Matt Johnson answers your questions in An Audience With…, Robby Krieger, John Densmore plus Doors affiliates recall the making of “Light My Fire” and Sparks talk us through their career highs in Album By Album.

In our Instant Karma section, we meet Peter Buck and Corin Tucker’s latest project Filthy Friends, hear about Alan Vega’s posthumous album, introduce Moses Sumney, a new star of cosmic soul, and discover how A Teenage Opera has finally made it to the stage, 5 years late.