Deluxe, expanded: the latest updated edition from the Uncut family 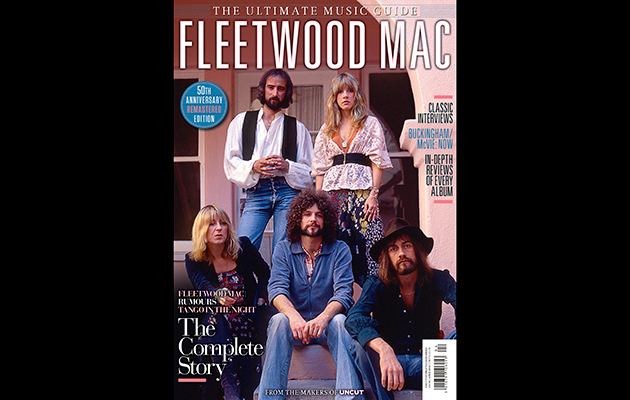 The last time Fleetwood Mac toured the UK, in 2015, the message they chose to share with us was togetherness. For a band whose history has been characterized by departures, infidelity and addiction, the return of Christine McVie to the band’s line up after a 16 year-absence felt like a rare harmonizing moment: a lull in the turbulence. As Lindsey Buckingham rather grandly described it on stage during the band’s residency at London’s O2 Arena that summer, “With the return of the beautiful Christine, there is no doubt that we begin a brand new, prolific and profound and beautiful chapter in the story of this band, Fleetwood Mac.”

In fact, McVie’s return to active service was the latest remarkable twist in Fleetwood Mac’s story. The intervening three years have seen the band release expanded editions of albums from their beloved Buckingham/Nicks configuration – Rumours, Fleetwood Mac, Mirage, Tango In The Night – as well a surprising and robust collaborative album from Buckingham McVie. As ever, the 21st century Fleetwood Mac continue to benefit from their most successful and notorious period.

But in many respects, Fleetwood Mac are actually a more interesting proposition away from the Rumours material. The 2013 reissue of the band’s 1969 album, Then Play On was a useful reminder of the magical guitar interplay between Peter Green and Danny Kirwan. While the deluxe treatment of the Buckingham/Nicks era has been splendid, there are some fans – myself among them – who would cherish similarly well-curated archival trawls through the band’s majestic run of ‘transitional’ albums: Kiln House, Future Games, Bare Trees…

Meantime, Mac fans can hopefully be content with a special edition of our own – Fleetwood Mac: The Ultimate Music Guide. This 124-page deluxe edition – on sale from Thursday – features a wealth of archival interviews from Melody Maker and NME, a recent catch up with Buckingham and McVie alongside in-depth reviews of every album.

At the very least, we hope you agree, it’s something to read while we wait for the “brand new, prolific and profound and beautiful chapter” in the story of Fleetwood Mac to unfold.