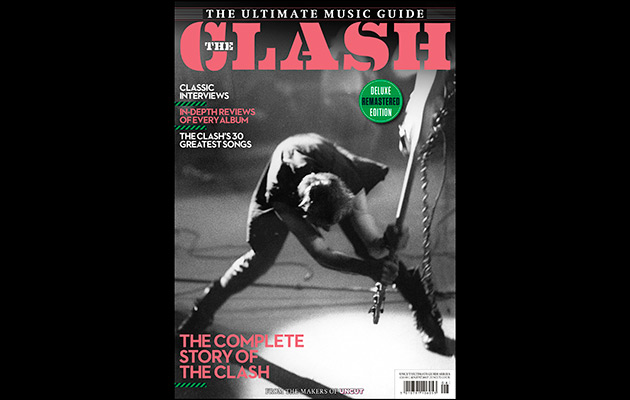 It is worth remembering that for some eyewitnesses during 1977, punk wasn’t all it was cracked up to be. Take, for instance, Reg Cliff, who went to see two of the scene’s prime movers in concert – and came away bitterly disappointed. “Last night I went to see the Sex Pistols and Clash (formerly 101’ers) for the first time,” he wrote to NME. “I was very, very disappointed. Both bands were crap and it’s enough to turn you on to Demis Roussos.”

It’s a shame Reg didn’t enjoy the show – The Clash, it transpired, were “a cacophonous barrage of noise” – but perhaps if he’s reading this blog then he might be encouraged to pick up a copy of our latest deluxe edition and experience a change of heart. Yes, we are proud to unveil a deluxe edition of the Uncut Ultimate Music Guide to The Clash, which goes on sale in the UK this Thursday (August 10) – when it also goes on sale in our online store.

1977 was, of course, a pivotal year for The Clash – they released their debut album in April and toured extensively becoming punk’s inspirational standard-bearers in the process. So it seems particularly apt that we celebrate the 40th anniversary of this landmark year in the band’s life with this deluxe guide to all things Clash. It includes a selection of articles originally published in the NME, Melody Maker and Uncut, and with extensive new reviews of every album, we trace the highs, lows and neglected margins of the band’s career and their solo endeavours. An all-star jury – headed by Mick Jones and Paul Simonon – vote on their best Clash tracks ever, and we trace the band’s pre-history back to the pub rock scene and Joe Strummer’s early band, the 101’ers.

By curious coincidence, during 1976 – as The Clash took shape – on the other side of the Atlantic, Neil Young was hard at work on Hitchhiker, an album that he quietly shelved and has remained in his vaults ever since. Until now, that is! Young is finally releasing Hitchhiker in September, and if a post on a new website last week is to be believed, his is also finally raising the curtains on the next volume of his exhaustive Archives project. It seems a timely opportunity, then, to remind you that the current issue of Uncut goes deep into the story behind Hitchhiker, along with Young’s other legendary lost albums.