Hot Chip have announced a short UK tour for this June. 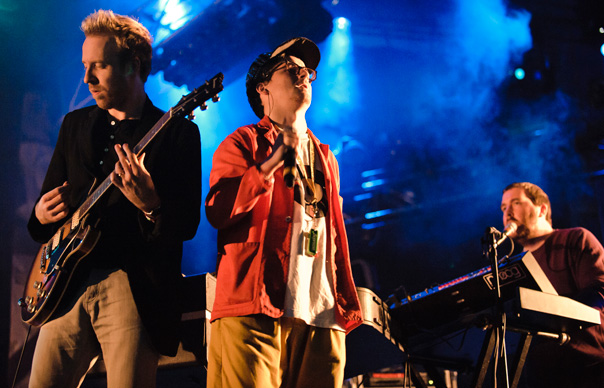 Hot Chip have announced a short UK tour for this June.

The electro band, who will release their new album ‘In Our Heads’ in June, will play three shows on the trek. The tour begins at Sheffield Leadmill on June 10, before moving onto Cambrige Junction on June 11 and finally London’s Heaven venue on June 13.

‘In Our Heads’, which is the follow-up to 2010’s ‘One Life Stand’, contains a total of 11 tracks and has been produced by Mark Ralph. It is the group’s first album for Domino Records and will come out on June 11.

The band debuted ‘Flutes’, the first single from the LP, online yesterday (March 15). Scroll down to the bottom of the page and click to hear the track.