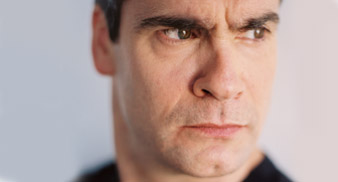 The multi-tasking musician and writer is currently appearing at the Edinburgh Fringe Festival, and spends time each year mixing spoken word shows with those by The Rollins Band, the band he formed at Black Flag’s demise in 1986.

Recently Rollins has taken his shows to visit US troops in countries such as Afghanistan, Kuwait and Iraq, in between hosting his own weekly US radio show.

You can see Rollins at the following venues from January 2008