Hear a track from John Coltrane’s lost album, Both Directions At Once

Recently unearthed 1963 studio session to be released on June 29 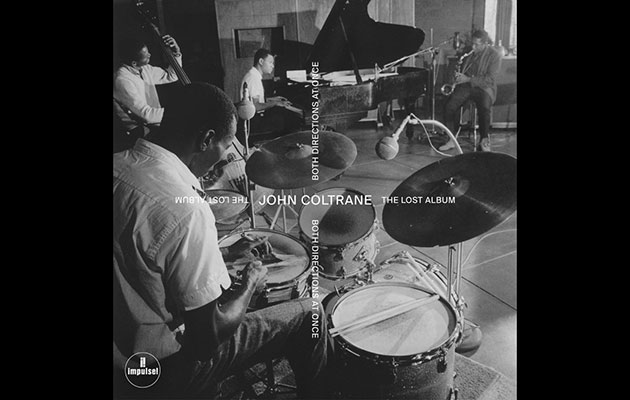 On March 6 1963, John Coltrane and his Classic Quartet — McCoy Tyner, Jimmy Garrison, and Elvin Jones — recorded an entire studio album at Van Gelder Studios in New Jersey. This fabled session will finally be released on June 29 as Both Directions At Once: The Lost Album.

Hear one of its previously unheard tracks, “Untitled Original 11383”, below:

Although the master tapes were lost, Coltrane left a reference tape of the sessions with his wife Naima, from which Both Directions At Once is sourced.

It features two completely unknown and never-before-heard originals, “Untitled Original 11383” and “Untitled Original 11386,” both played on soprano sax. “One Up, One Down” – released previously only on a bootleg recording from Birdland – is heard as a studio recording for the first and only time. “Impressions,” one of Coltrane’s most famous compositions, is played here in a piano-less trio.

This studio session also yielded Coltrane’s first recording of “Nature Boy,” which he would record again very differently in 1965.

Both Directions At Once: The Lost Album will be released via Impulse! in standard and 2xCD or 2xLP deluxe editions, as well as on streaming platforms. The second disc of the deluxe edition features a number of alternative takes from the same sessions. Peruse the full tracklistings below:

Read much more about John Coltrane and the recording of Both Directions At Once in the next issue of Uncut, on sale June 14.