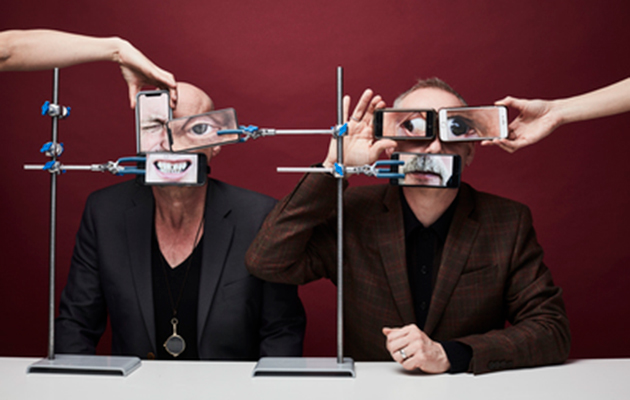 After not speaking for five years, the Hartnoll brothers reunited for a series of live shows last year before returning to the studio to record their first album since 2012. Hear the first single from Monsters Exist, “Tiny Foldable Cities”, below:

“When you haven’t made an album in five years it just comes tumbling out,” says the band’s Paul Hartnoll. “Because of the global situation I was torn between writing a really aggressive Crass-type album that says ‘Fuck The Man!’ or going back to rave sensibilities. You know, let’s really rebel by stepping away and actually living that alternative lifestyle. You don’t need to spell out who the monsters are. We’re not pointing our fingers at Donald Trump or Kim Jong-un. It’s clear who the monsters are. I’ve never liked preaching to people. It’s much better to provoke a bit of thought.”

“It’s a reflection on modern day monsters,” adds Phil Hartnoll. “That can mean anything from bankers and The Man or your own demons and fears. The monsters inside you.”

Peruse the full tracklisting and artwork for Monsters Exist below: 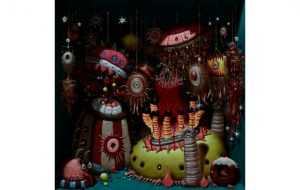 Deluxe Edition Disc 2
1. Kaiju
2. A Long Way From Home
3. Analogue Test Oct 16
4. Fun With The System
5. Dressing Up In Other People’s Clothes
6. To Dream Again
7. There Will Come A Time – Instrumental
8. Tiny Foldable Cities – Kareful Remix

Orbital play a number of gigs and festival shows throughout 2018, details below: