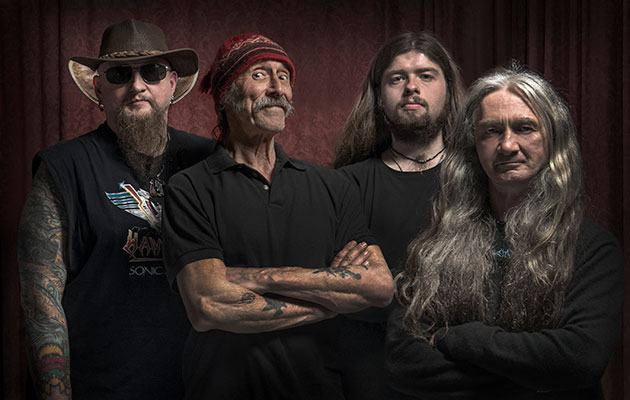 In advance of their orchestral tour this autumn, Hawkwind have announced the release of an orchestral album, Road To Utopia, on September 14.

It features reworkings of many of their classic numbers, arranged for orchestra in collaboration with Mike Batt.

There is also a surprise special guest: the new version of “The Watcher” features Eric Clapton on guitar. In the current issue of Uncut – on sale now with Prince on the cover – Hawkwind’s Dave Brock dropped a hint about this team-up when reminiscing about the late ’60s: “When I was busking down the Portobello Road, I used to go round Eric Clapton’s house occasionally and listen to records with him… Eric Clapton in Hawkwind? There’s still time.”

Peruse the tracklist and cover art for Road To Utopia below: 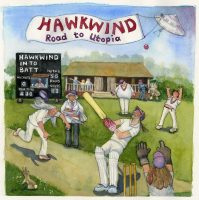 1. Quark, Strangeness and Charm
2. The Watcher
3. We Took The Wrong Step Years Ago
4. Flying Doctor
5. Psychic Power
6. Hymn To The Sun
7. The Age of the Micro Man
8. Intro The Night
9. Down Through The Night

See all of Hawkwind’s tour dates for the rest of 2018 below. The orchestral shows begin in Manchester on October 18.