Hard-Fi and Robert Plant Kick Off New Series Of Later… 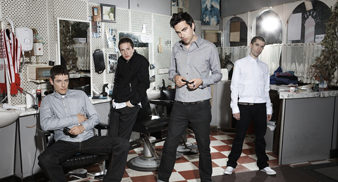 Later… With Jools Holland returns to BBC2 for it’s 30th series next month, and the artists taking part have been revealed.

Hard-Fi will kick off proceedings appearing on the first of the seven shows – playing material from their second album ‘Once Upon A Time In The West’.

More artists are still to be confirmed for the show which airs from November 2 at 11.35pm.