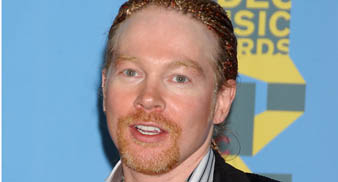 Chinese Democracy – the album started by the Guns N Roses frontman, Axl Rose 14 years ago – might finally be finished..

The band’s record label, Geffen Records, has received a copy of the album but is still negotiating over rights issues, according to www.therockradio.com.

The album has reportedly cost over £6.5 million to produce and is set for release to coincide with a new Guns N Roses reality TV show, a behind the scenes look at the making of Chinese Democracy.