Guns N' Roses have announced a UK arena tour for this May. 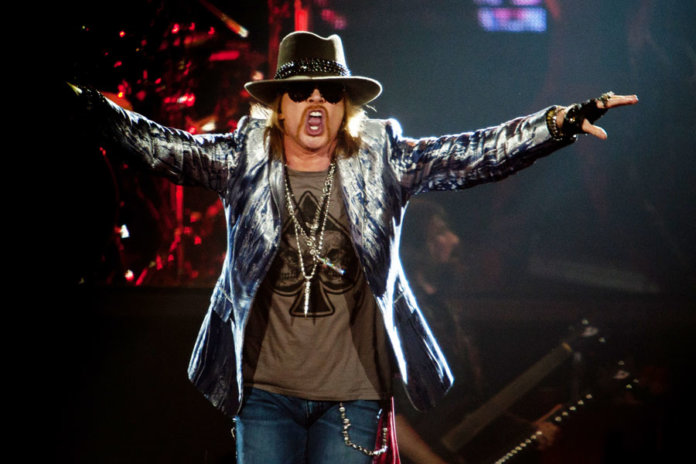 Guns N’ Roses have announced a UK arena tour for this May.

The band, who are currently working on new material for the follow-up to ‘Chinese Democracy’, will play seven shows across the UK as part of a full European tour.

The dates begin at Nottingham’s Capital FM Arena on May 19 and run until May 31 when the rockers will headline London’s O2 Arena.

Speculation continues to mount over whether the classic line-up of Guns N’ Roses will perform together as part of their induction into the Rock And Roll Hall Of Fame.

The band will be inducted along with the Faces/Small Faces, Red Hot Chili Peppers and Beastie Boys at a ceremony in Cleveland, Ohio, on April 14 and it is already confirmed that the band’s classic line-up will all be attending the ceremony.