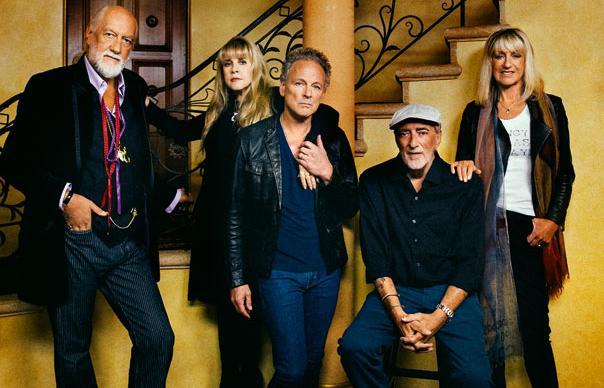 The shows will take place during May and June 2015…

Fleetwood Mac have announced a European tour for 2015, including a series of UK and Ireland dates.

The band will kick things off with back-to-back shows at London’s 02 Arena at the end of May, before travelling to Birmingham, Manchester, Glasgow, Dublin and Leeds during June.

Tickets go on sale this Friday (November 14) at 9am.

The shows will feature Christine McVie, who recently rejoined the group and performed with the band for the first time since 1997.

The band’s Mick Fleetwood has denied that Fleetwood Mac will be appearing at Glastonbury in 2015.

Despite Fleetwood’s statement, the band have remained one of the favourites to top the bill at the event next year, though Michael Eavis has stated in recent weeks that the chances of the band headlining were looking unlikely.

Fleetwood added: “No bad faith for Glastonbury because I just don’t want people thinking it’s us.” He was then asked if this meant the band will never play Worthy Farm to which the drummer replied: “Never say never.”

You can check out the tour dates in full below.