Band who begin a sold-out tour tonight, will be back next year 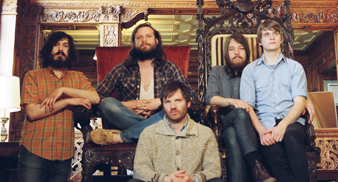 Fleet Foxes have announced that they will return to play the London Roundhouse on February 22 next year.

The highly-praised Seattle band who kick off their Autumn UK tour in Norwich tonight (October 28) have seen huge demand for the shows, resulting in a total sell-out.

Tickets for the new London date are on sale now.