Field Music have admitted that they only make five thousand pounds a year from being in a band. 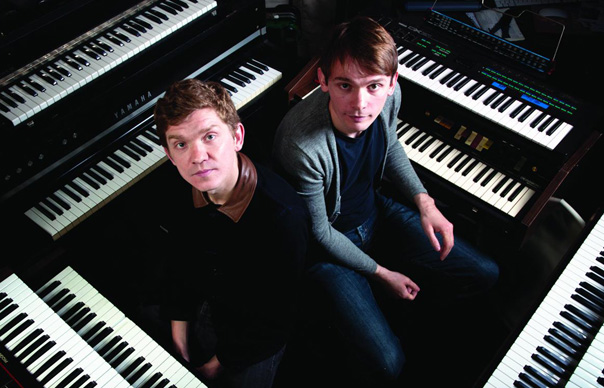 Field Music have admitted that they only make five thousand pounds a year from being in a band.

Talking to the Guardian, Peter Brewis said that his old friends were shocked to discover that although he and his brother and bandmate David were about to release their fourth studio album ‘Plumb’, they still didn’t lead a lavish rock’n’roll lifestyle.

Discussing a school reunion he’d recently attended, he said: “I hadn’t seen some of these people in 17 years, and in that time they’ve worked hard, nine to five, worked their balls off, you know? And in my job I swan around getting my picture taken for the paper. I was kind of embarrassed.”

He went on to add: “[People said] ‘Eee! You’re in a band! You must be a millionaire!’ I told them: ‘Yeah, look, I sometimes earn five grand a year.”

Brewis also said that he would rather quit the band to make money than adopt a more commercial approach, adding: “It’s part of the Field Music project. Being responsible. It doesn’t mean we can’t have fun, but we want to behave like adults.”

Field Music released ‘Plumb’, which is the follow-up to their 2010 double LP ‘Field Music (Measure)’, earlier this month (February 13).

Field Music have also announced a run of UK tour shows to coincide with the release of the album.