Feist has won the 2012 Polaris Music Prize, Canada's answer to the Mercury, for her fourth album Metals. The singer, who was also nominated for the record's 2007 predecessor The Reminder, collected the $30,000 (£19,000) cheque at last night's (September 24) prize gala in Toronto. Feist accepted the award from Jeremy Gara and Tim Kingsbury of Arcade Fire, who won the gong in 2011, after lying on the floor in shock and shying away from a conventional speech. 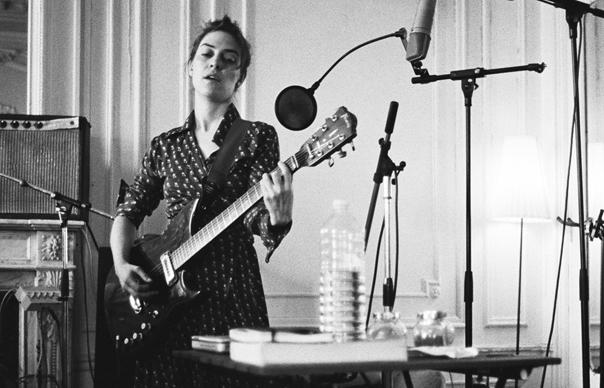 Feist has won the 2012 Polaris Music Prize, Canada’s answer to the Mercury, for her fourth album Metals.

Feist accepted the award from Jeremy Gara and Tim Kingsbury of Arcade Fire, who won the gong in 2011, after lying on the floor in shock and shying away from a conventional speech.

She said: “I’ve been living in a tiny bubble on tour, where I don’t really know or see anything but the city in front of me. I’ve been really grateful tonight, and learned so much about the amazing stuff that was going on. Every single band that was up here, not to mention every band on the shortlist – not to mention so many bands that didn’t make the shortlist – belonged to be here tonight, and belong to be standing here… with a novelty cheque.”

In a post-gala press conference, Feist went on to compliment the “inspiring” performances of Cold Specks, Grimes, Cadence Weapon and Fucked Up, ultimately admitting that winning the top prize was “like getting a valentine from the right boy – the secret admirer”.

The ceremony took place at Toronto’s Masonic Temple and was dedicated to recently deceased Canadian record store-owner Sam ‘The Record Man’ Sniderman. Performances throughout the gala came from nominees Fucked Up, Cadence Weapon, Cold Specks, Kathleen Edwards, Grimes, YAMANTAKA // SONIC TITAN and Feist, although Drake had to withdraw due to illness. Grimes performed ‘Visions’ tracks ‘Symphonia IX (My Wait Is U)’ and ‘Genesis’ accompanied by a male pole-dancer called Gary, who wore black glitter hot-pants only.

Nine other shortlist nominees all received $2,000. The full list of nominees was: