The festival is headlined by Sufjan Stevens, Tame Impala and The War On Drugs 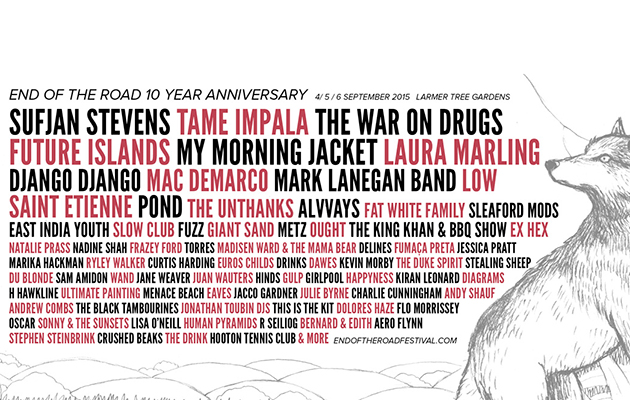 End Of The Road festival have announced more additions to their lineup, including East Indie Youth, Drinks (the new project from Cate Le Bon and White Fence’s Tim Presley) and Dawes.

Madisen Ward & The Mama Bear, Hooton Tennis Club and Aero Flynn will also join the festival’s headliners Sufjan Stevens, Tame Impala and The War On Drugs at the Larmer Tree Gardens on the border of Dorset and Wiltshire, from September 4-6, 2015.

Future Islands, My Morning Jacket, Laura Marling, Django Django, Mark Lanegan, St Etienne and Low are also set to appear at the festival, which this year is celebrating its 10th anniversary.

The full lineup additions are:

Final tier tickets are now on sale at £195. You can find more information here. For additional information about the festival, click here.