If you blinked you would have missed it though 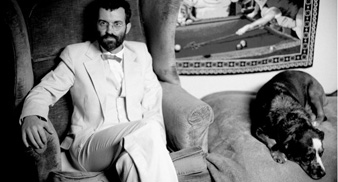 Eels’ man Mark ‘E’ Everett yesterday (February 3) achieved his ambition of getting an advert for his ‘Useless Trinkets’ collection on TV during the annual Super Bowl programming.

Hindered by the huge costs of getting an advert placed during the monumental annual game, on average $100,000 a second, as the game goes out to 140 million people worldwide – Everett decided to make a five second clip — which eventually was cut to just one second in length.

For those of you that blinked during the ad-break, check out the one-second and full version by clicking here.

Everett will also be playing a series of shows with the Eels from next month. They are set to play: