The band are the shopping site's 1st DRM-Free download 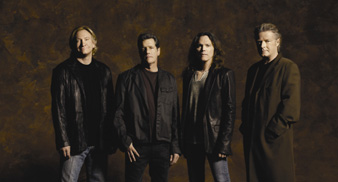 The Eagles‘ brand new single – the first from their new studio album has been made available, DRM-Free through shopping site Amazon.co.uk.

‘How Long’ is the first track to be heard from the anticipated new Eagles album ‘Long Road Out Of Eden’ which is due for release later this month on October 29.

The album is Eagles’ first new material recorded together in 28 years, and is already ranked at number two on the site’s pre-order charts.

Music Manager for Amazon.co.uk Julian Monaghan says: “Eagles are quite simply one of the greatest rock bands of all time and we are delighted to have a never before heard track from their forthcoming album as our first ever music download.”

He added: “There is an incredible amount of anticipation surrounding the new album and ‘How Long’ will no doubt further whet the appetite of the huge number of Eagles fans across the UK’.

Formed in the 70’s, Eagles are one of the most successful rock bands in history, having sold over 120 million albums worldwide.

They are the only artists in music history to have three albums that have sold more than 10 million: Their ‘Greatest Hits 1971 – 1975’, ‘Hotel California’ and Greatest Hits 2.