Krautrock pioneers are creating a storm in London 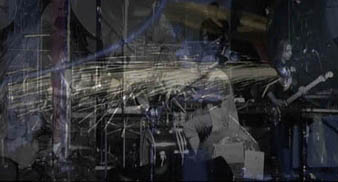 German artists Faust are celebrating the 10-year anniversary of their seminal film “Nobody Knows It Ever Happened” recorded live at London’s Garage in 1996, with a special weekend of Faust-ness in London.

Faust will follow up their evening of film with an exclusive live show at The Corsica Arts Club as part of the Elefest ‘An Electric Storm’ festival on Sunday (December 3).

As well as playing a rare show themselves, the Krautrock pioneers have curated the evening to include artists Kling Klang and Staple Remove alongside laptop performances, art installations and electronic weirdness by Guerilla Zoo.

Both Faust nights will have Krautrock DJ’s Komische on the decks.