The new Uncut is on sale from Thursday, and we’re blushingly pleased with it. Dexys are on the cover, and we have an exclusive interview with Kevin Rowland in advance of their keenly-awaited comeback album, the astonishing One Day I’m Going To Soar. 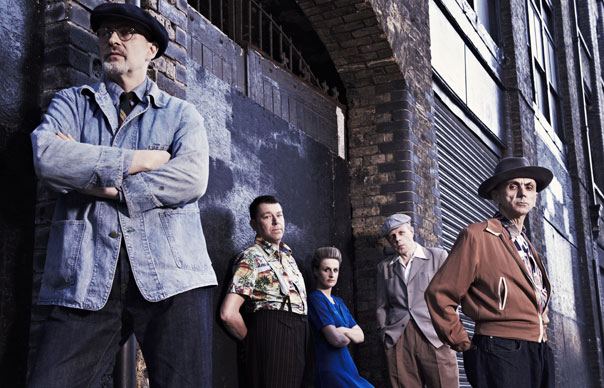 The new Uncut is on sale from Thursday, and we’re blushingly pleased with it. Dexys are on the cover, and we have an exclusive interview with Kevin Rowland in advance of their keenly-awaited comeback album, the astonishing One Day I’m Going To Soar.

I know a lot of people who still had hair when Dexys released their last album, so it’s been a while – a quite unbelievable 27 years, in fact. This is a long time to keep your fans waiting for a new record, unless you’re dead or Sting, who can take as long as he likes to put out another record and in a perfect world actually won’t release anything new in my lifetime or yours.

Anyway, in a brilliant interview with Stephen Trousse, Kevin looks back with what you can only describe as candid honesty at a career correctly described “as one of the most strange and gripping as any in British rock history, involving addiction, theft, international No 1s and penury” and also, let’s not forget, includes some of the greatest music of the last 30-odd years.

Admittedly, there’s not that much of it – Searching For The Young Soul Rebels, Too-Rye-Ay and Don’t Stand Me Down by Dexys Midnight Runners, Kevin’s two solo albums, The Wanderer and My Beauty, and now the glorious One Day I’m Going To Soar – but nigh on every minute of it is something as a fan you will have cherished.

There’s also a preview in the new issue of Neil Young’s Americana, a new album on which in the company of a reunited Crazy Horse, he attacks the Great American Folk Songbook with typically grizzled gusto with rampaging versions of campfire favourites of yore like “My Darling Clementine”, “Tom Dula”, “Jesus’ Chariot (She’ll Be Coming Round The Mountain)” and “Oh, Susannah” (which took me back to The Byrds’ version on Turn! Turn! Turn!).

Elsewhere, we are at home in Malibu with Tom Petty, Paul McCartney recalls the trauma of recording of Ram in the grim aftermath of The Beatles’ messy break-up and the legal strife that duly followed, Lenny Kaye looks back at Nuggets, his legendary compilation of 60s’ garage rock and John Lydon is at hand to deliver some typically rasping opinions on this and also that.

Anyway, have a good week, enjoy the issue when you get it and let me know if you have a moment what you think of it. You can reach me at the usual address: allan_jones@ipcmedia.com.