Depeche Mode are streaming their new album 'Delta Machine' in advance of its release on March 25. 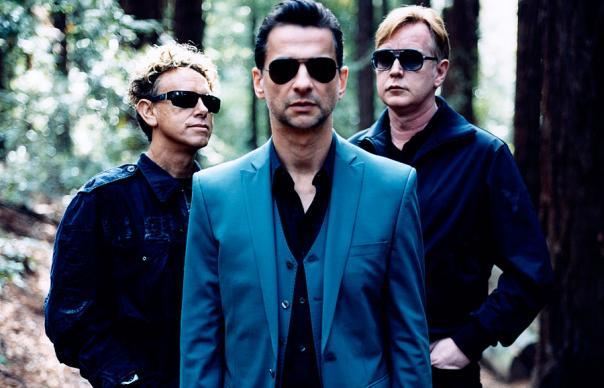 Depeche Mode are streaming their new album ‘Delta Machine’ in advance of its release on March 25.

The album is the duos 13th and was recorded over the last year in in Santa Barbara, California and New York City and was produced by Ben Hillier and mixed by Flood. Speaking previously about the record, frontman Dave Gahan insisted that he and the rest of the band never discuss the possibility of releasing another album.”We never know if we’re going to do another record together – we don’t really talk about it,” he said. “We’re planning a big tour that is going to go on towards the end of the summer of 2014. When I actually think about that now, it sounds daunting, but I want to enjoy it. You never know if there is going to be another one.”

The singer also said that the atmosphere in the band was currently positive. “We went through a lot together on the last tour, and probably the one before that and the one before that,” he said. “When you’re together with people for more than 30 years, there are bound to be ups and downs, things that bother you and things that you celebrate together. This one feels kind of like that. Martin [Gore]’s in a really great place; really in great shape, great health; excited about this record. He and I, we’re both in that place where we’re in awe of life at the moment, and what it is and what it still offers us.”

The tracklisting for ‘Delta Machine’ is as follows:

You can listen to ‘Delta Machine’ on iTunes now.

Depeche Mode play two shows at London’s O2 Arena on May 28 and 29. These are currently the only UK dates the band have announced as part of 34-date European tour which will include appearances at Rock Werchter Festival in Belgium (July 7), BBK Festival in Spain (July 11) and Optimus Alive Festival in Portugal (July 13). A North American tour will follow later in the year.