David Lynch Hooks Up With Donovan

The transcendental pairing will happen at Lynch's book launch this month 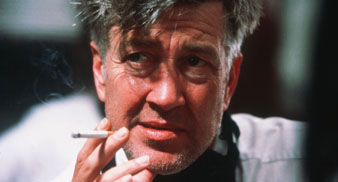 Innovative filmmaker David Lynch is to celebrate the publication of his new book by collaborating with folk guitar star Donovan with a handful of special events later this month.

Lynch, famous for the originality of films such as ‘Blue Velvet’ and ‘Mulholland Drive’ will be discussing his new book “Catching the Big Fish: Meditation, Consciousness, and Creativity” as well as his forthcoming new movie ‘Inland Empire.’

The events taking place in three cities in the US will also see performances from Donovan, who will be play a set of his greatest songs from the 60s and 70s.

Donovan, known for hits such as ‘Mellow Yellow’ and ‘Sunshine Superman’ has just taken up the post of heading up the musical wing of the David Lynch Foundation for Consciousness-Based Education and World Peace.

The two unique cultural icons and can be seen at the following venues: