Danger Mouse and Jack White collaboration out in May

Producer’s homage to Enrico Morricone gets a release date 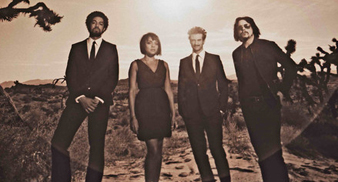 ‘Rome’, the collaborative album from Danger Mouse and Italian composer Daniele Luppi, will be released on May 16.

The album features artists including Norah Jones and Jack White on vocals.

It was [url=http://www.nme.com/news/danger-mouse/54043]recorded during sporadic sessions over the past five years[/url] and is inspired by the film soundtrack work of Ennio Morricone. It was recorded at Rome‘s Forum Studios, a facility Morricone helped found, and featured contributions from musicians that worked with Morricone himself.

White and Jones sing on three tracks each. The former sings on ‘The Rose With The Broken Neck’, ‘Two Against One’ and ‘The World’, while Jones sings on ‘Season’s Trees’, ‘Black’ and ‘Problem Queen’.

Listen to a sample of the album at Soundcloud.com. See Romealbum.com for more information.