Dance With The Flaming Lips

Join Them Onstage In California 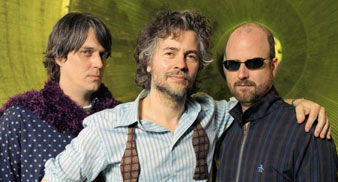 The Flaming Lips, described earlier this year by Uncut magazine as “America’s greatest band”, have issued an invitation to fans to appear onstage with them when they perform their New Year show at the University of Southern California Galen Center in Los Angeles this month.

Of course, this isn’t the first time the Lips have encouraged members of the audience to take an active role in their live mayhem – in fact, they’re usually more than happy for locals to turn up and dress like giant rabbits or aliens whenever the band come into town.

This time, however, they’ve gone one further and asked fans from anywhere to apply to appear.

The band have invited interested parties to upload a three-minute dance audition video featuring any Flaming Lips song to YouTube, as well as filling in a entry form at http://www.flaminglips.com.