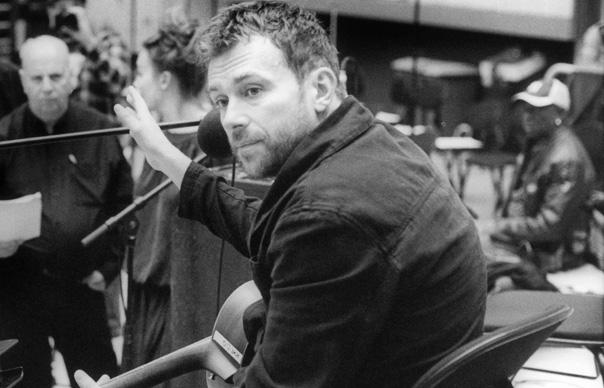 Blur frontman Damon Albarn has revealed that he is working on a new solo album.

The singer, who recently denied that he is finished with both Blur and Gorillaz, told BBC Radio 4’s Front Row that he is working on a new record “under his own name”.

Asked what he was currently working on, Albarn said: “This week we’re mucking around with these Russian synthesizers in a very loose mind of doing some kind of record under my name. I suppose you could call it a solo record, but I don’t like that word. It sounds very lonely – solo. I don’t really want to be solo in my life. But yeah, I’m making another record.”

The singer has also labeled this year’s Olympics Games as “too corporate” and has said he and his bandmates are playing their Hyde Park show “for London” rather than as a celebration of the games.

The Essex band will headline London’s Hyde Park on August 12, topping a bill that also includes New Order and The Specials. The gig has been put on to coincide with the closing ceremony of the Olympic games, but Albarn has revealed that he was less than keen being seen to be too involved with the games.

Asked if he was “signed up to the Olympics”, Albarn said Blur would headline the gig “for London”. He said of this: “The corporate side I find a bit depressing. There’s too much of it [sponsorship]. A lot of people see it differently. We’re putting on another celebration for the official closure of the Olympic Games.”

He continued: “But we’re putting it on for London and people who hopefully want to sing their hearts out in a park. I’m signed up to the idea of regeneration in London and putting on a good account of ourselves; definitely.”

Albarn also spoke about Blur’s summer reunion and has said he is unsure that the band can ever “recreate the magic” of their previous Hyde Park show in 2009.

Asked what his plans with Blur were in the long-term, he said of the Hyde Park show: “I’m seeing it as a punctuation point. That can be whatever you choose to make it.” Then asked if he thought it could match their previous gig in the London park, he added: “I’m not foolish enough to think we can ever recreate that magic. That really was a career pinnacle.”