Crosby, Stills & Nash are releasing the first subscription-based iPad app for a recording artist. According to a post on the group's website, for $3.99 a month/$39.99 a year subscribers will have access to exclusive content, updates, and premium fan features. 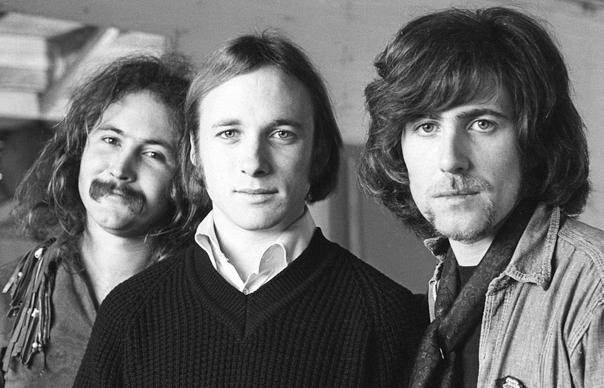 “All users will experience a detailed, media-rich overview of CSN’s history, with links to the group’s official website, social media sites, and to iTunes,” runs the post. “For $3.99 a month, subscribers to the CSN app will have access to exclusive content, updates, and premium fan features-subscriptions can be purchased via an in-app link.”

“Use this app as an open door to our music,” says Graham Nash. “And, as usual, when one door closes-another one opens…enjoy exploring.”

The App will be split into four sections – “The Attic,” “The Studio,” “The Road,” and “The Living Room” – and also include a store for merchandise. In addition to CSN content, the app will also include the histories and music of Crosby, Stills and Nash’s previous bands, The Byrds, Buffalo Springfield, and The Hollies, respectively.

The app is free to install. There is no confirmation yet whether the CSN app is only available via iTunes in America.

Last night [October 22], CSN wrapped up their 2012 world tour with the last of five dates at the Beacon Theatre in New York. They concluded their show by playing their self-titled 1969 debut album in its entirety.