Cliff Richard And The Shadows Reform For Final Tour 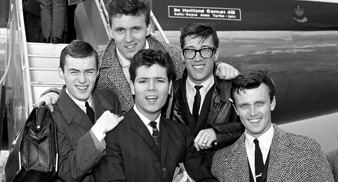 Sir Cliff Richard and The Shadows have announced they are to reform for a final tour.

The legends will play 11 shows around arenas in the UK this autumn.

Richard, Hank Marvin, Bruce Welch and Brian Bennett originally split in 1968, after a string of influential hits, including “Move It”, often referred to as one of the first British rock’n’roll songs.

Cliff And The Shadows will play:

For more news, blogs and reviews, check out Uncut.co.uk.