Charity set up in memory of Radiohead stage collapse victim

The family of Radiohead drum technician Scott Johnson, who died after a stage collapse in Toronto, have set up a charity in his memory. The Scott Johnson Bursary will fund musical equipment in Johnson's hometown of Rotherham. 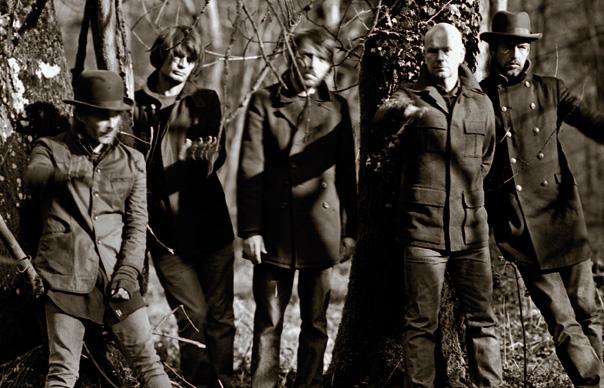 The family of Radiohead drum technician Scott Johnson, who died after a stage collapse in Toronto, have set up a charity in his memory.

The Scott Johnson Bursary will fund musical equipment in Johnson’s hometown of Rotherham.

Posting on the band’s Facebook page today, Radiohead drummer Philip Selway announced the launch of the charity, writing: “Over the past couple of months, a number of people have asked if there is anything they can do in memory of Scott. Scott’s parents have now created the Scott Johnson Bursary Fund for Young Musicians. This will fund musical equipment for young people in Rotherham in the UK, where Scott grew up.”

Johnson’s parents have set up the page www.scottjohnsonbursary.com, writing: “It has been heart-warming to receive the kind wishes from you all. We have had many requests for donations in place of flowers and have set up an account that will be the Scott Johnson Bursary for Young Musicians. This will be managed by his friends locally as a fund primarily in Rotherham Schools.”

They add: “Frankly we cannot equate to the financial aspects but if it helps anyone to contribute in this way the account is established to ensure that no other fund is created in error. It may take a while, but we will keep you informed on how the money is spent in due course.”

For more information, and to donate, visit: www.scottjohnsonbursary.com.

Radiohead paid a special tribute to Johnson last month (July 10) during their first gig since his death. The band, who were performing at the Les Arenes in Nimes, France, filled the screen with photos of Johnson as they played “Reckoner“.

It was their first rescheduled show since their drum tech died during a stage collapse in Toronto last month. A further three people were injured in the incident at Downsview Park, Toronto.

The stage collapsed an hour before the gates opened to the public and queues were already forming outside the venue. The victims were all part of the team setting up equipment. Radiohead rescheduled seven shows following the tragedy after the accident also destroyed the band’s unique lightshow and parts of their backline set-up.