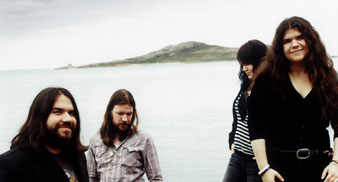 Two shows have been announced at the ICA, celebrating 20 years of the rise of indie, from when ‘indie‘ still meant independent.

Taking place at the end the month, Uncut favourites Roddy Frame, Gokart Mozart and The Pastels are among the line up.

The two-day indie extravaganza is being put on by three of the most influential independent record labels of the last two decades – Heavenly, Rough Trade Shops and Domino.

They are looking back at the C86 legacy with these live concerts, film screenings and an exhibition of related paraphernalia.

It will all be taking place at C86’s original birthplace, London’s Institute of Contemporary Arts, the ICA.

Back in1986, the NME put on a week of gigs at the ICA, announced as a showcase for this new breed of ‘indie’ music. NME branded it C86, compiling 22 new British bands on a cassette of the same name – featuring, among others, The Shop Assistants, Pastels, The Wedding Present, Stump and Primal Scream.