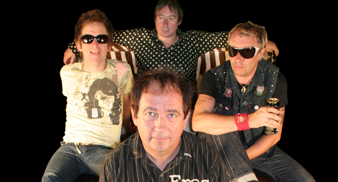 Buzzcocks are set to reissue their first three albums, in deluxe format later this month (October 27), and today announce that they will play ‘Another Music In A Different Kitchen’ and ‘Love Bites’ in their entirety live in the UK next year.

The albums, plus A Different Kind of Tension, will come with previously unreleased tracks, Peel sessions, demos and live versions added as part of their deluxe makeover.

The band, featuring founder members Pete Shelley Steve Diggle will perform their 1978/9 albums in full when they hit the road in January.