Brian Wilson planning to retire from touring next year 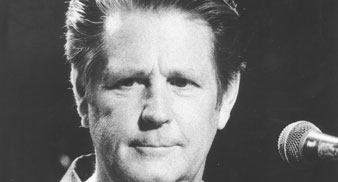 Brian Wilson has said that he plans to retire from touring in around a year’s time.

Speaking to the Evening Standard, The Beach Boys man said his three London shows in September would almost certainly be the last time he toured the UK.

Asked about if he ever thought about retiring Wilson said: “Oh God yes. Another year, maybe. This could be the last time I play here. I’m going to miss it, but I’m getting a little bit old for touring.”

He also said that he found touring “very hard work” and that it was getting more difficult as he gets older. “As I get older it gets harder for me,” he added. “But when I’m sitting down at the keyboard and my band’s behind me, I can do it.”

The composer also spoke about his ongoing battle with hallucinations, adding that he still hears voices in his head constantly. He explained: “What the voices say is still pretty much the same, negative things, ‘You’re going to die’, or, ‘You better watch out’, life-threatening kinds of things. Performing helps, but I’ll still have the voices there when I’m on stage. They’re always with me.”

Brian Wilson plays three nights at London‘s Royal Festival Hall, on September 16, 17 and 18. He is also booked to play Bestival in the same month.
Latest music and film news on Uncut.co.uk.