Bobby Womack has unveiled the title track from his new Damon Albarn-co-produced album 'The Bravest Man In The Universe', which you can hear below. 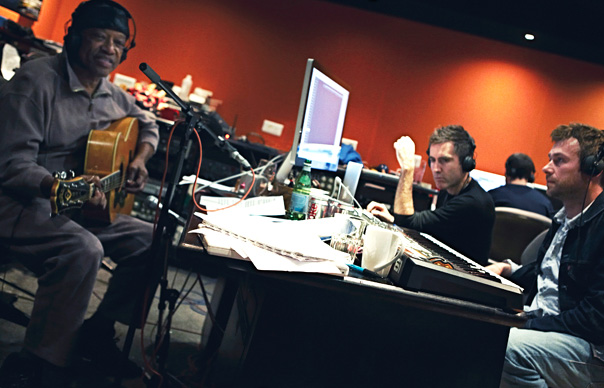 Bobby Womack has unveiled the title track from his new Damon Albarn-co-produced album ‘The Bravest Man In The Universe’, which you can hear below.

The album, out June 11, was recorded at the Blur man’s Studio 13 in west London with XL Records boss Richard Russell. Speaking to NME about the sessions earlier this year, Womack discussed working with Lana Del Rey on the album, describing the pair as being like “two people in a church”.

He added: “She’s one of a kind. I’ve never sung with a girl like that before.”

Last month, representatives working for Womack confirmed he had been diagnosed with colon cancer.

Womack commented at the time: “Womack himself said: “My family, friends and I are looking forward to a successful surgery and speedy recovery. I want to thank all of my fans for their prayers, love and well wishes. I look forward to seeing all of you on the road in support of my new release.”

Womack is due to play two UK gigs next month – one at London’s Heaven on June 14, followed by a slot at the capital’s Lovebox festival two days later (16).