The Complete Island Recordings and Collector’s Edition will be released on September 25, 2015 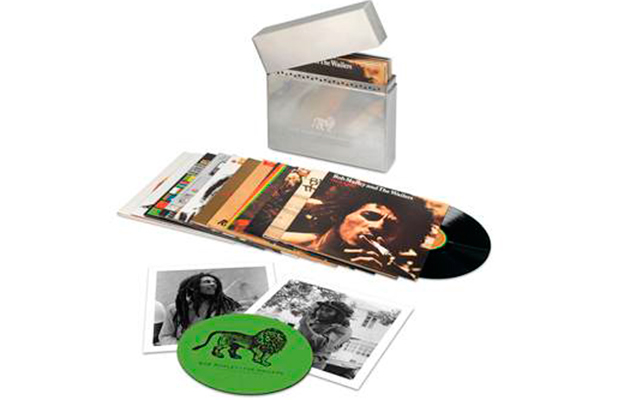 The Complete Island Recordings comes in a standard version and a special Collector’s Edition.

Both editions come packaged silver boxes and have a lift-top lid that resembles a Zippo lighter; the Collector’s Edition box is actually metal.

The Complete Island Recordings: Collector’s Edition will also include a 70th anniversary slip mat and two photos in glassine envelopes.

Both boxes will include Bob’s 70th birthday logo and all nine Bob Marley & The Wailers studio albums recorded for Island Records.

The 11 LP’s from the box set will also be released individually on 180-gram vinyl beginning September 25.