Singer was inspired by Jerry Lewis... 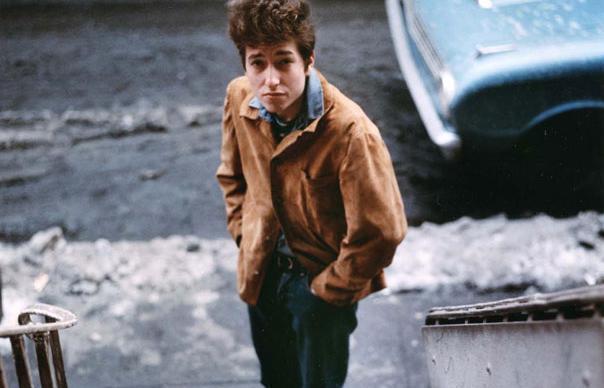 Singer was inspired by Jerry Lewis…

Bob Dylan conceived a surrealist comedy series for HBO in the Nineties, according to producer/writer Larry Charles.

Speaking to podcast You Made It Weird (via Rolling Stone), Charles – whose credits include Curb Your Enthusiasm and Borat – revealed Dylan had “gotten deeply into Jerry Lewis, and he wanted to make a slapstick comedy.”

The two men worked up a treatment which they presented to HBO‘s then-president, Chris Albrecht.

“I probably was having a nervous breakdown and didn’t realize it, but I wore pajamas everywhere I went,” Charles said. “I was so comfortable. It was great. [Bob] shows up for the meeting at HBO in a black cowboy hat, a black floor-length duster, black boots. He looks like Cat Ballou or something. He looks like a Western guy who’s carrying six guns…. My hair’s super long, beard down to my belly button in fucking pajamas, and Bob Dylan’s dressed like a cowboy from a movie.”

According to Charles, Albrecht presented his original tickets to Woodstock, to which Dylan said, “I didn’t play Woodstock.” He spent the rest of the meeting looking out of the window.

Although Dylan ended up abandoning the idea, he and Charles later collaborated on the film, Masked & Anonymous.

Speaking to Uncut in 2003, Charles said, “At that time,” Charles reveals, “Bob had gotten very heavily into comedy. When he was touring, he’d watch a lot of comedy, got interested in that, and television. So, he decided maybe he’d do a comedy show on TV. Yeah, I know. Bob Dylan? A comedy show? On TV? But that’s what he wanted to do. So he started meeting writers.”

Charles was originally introduced to Dylan by his friend, long-time Dylan associate, Jeff Rosen. “Jeff said, ‘We’ve been setting up these meetings with writers, but nothing’s really coming – you wouldn’t consider sitting down with Bob would you?’ I was like, ‘Are you kidding?’

“I figured, I’ll have one meeting with Bob – he really insists on being called Bob, because Bob is the person; “Dylan” is your problem – and I can tell all my friends, and that would be it. But we just immediately started riffing, and it developed into this very exhilarating verbal jam session. By the end of that meeting, we were working together. He walked me to my car, and I felt like I was on a date. Cars are driving by, I’m thinking, ‘Will someone please look and see – I’m with Bob Dylan!'”

You can read about Bob Dylan’s The Complete Basement Tapes in this month’s here, in shops now