Bob Dylan has announced that his ongoing Rough And Rowdy Ways World Wide Tour will swing by the UK in October.

He’ll play nine shows in the country, including four nights at the London Palladium. See the full list of dates on the poster below: 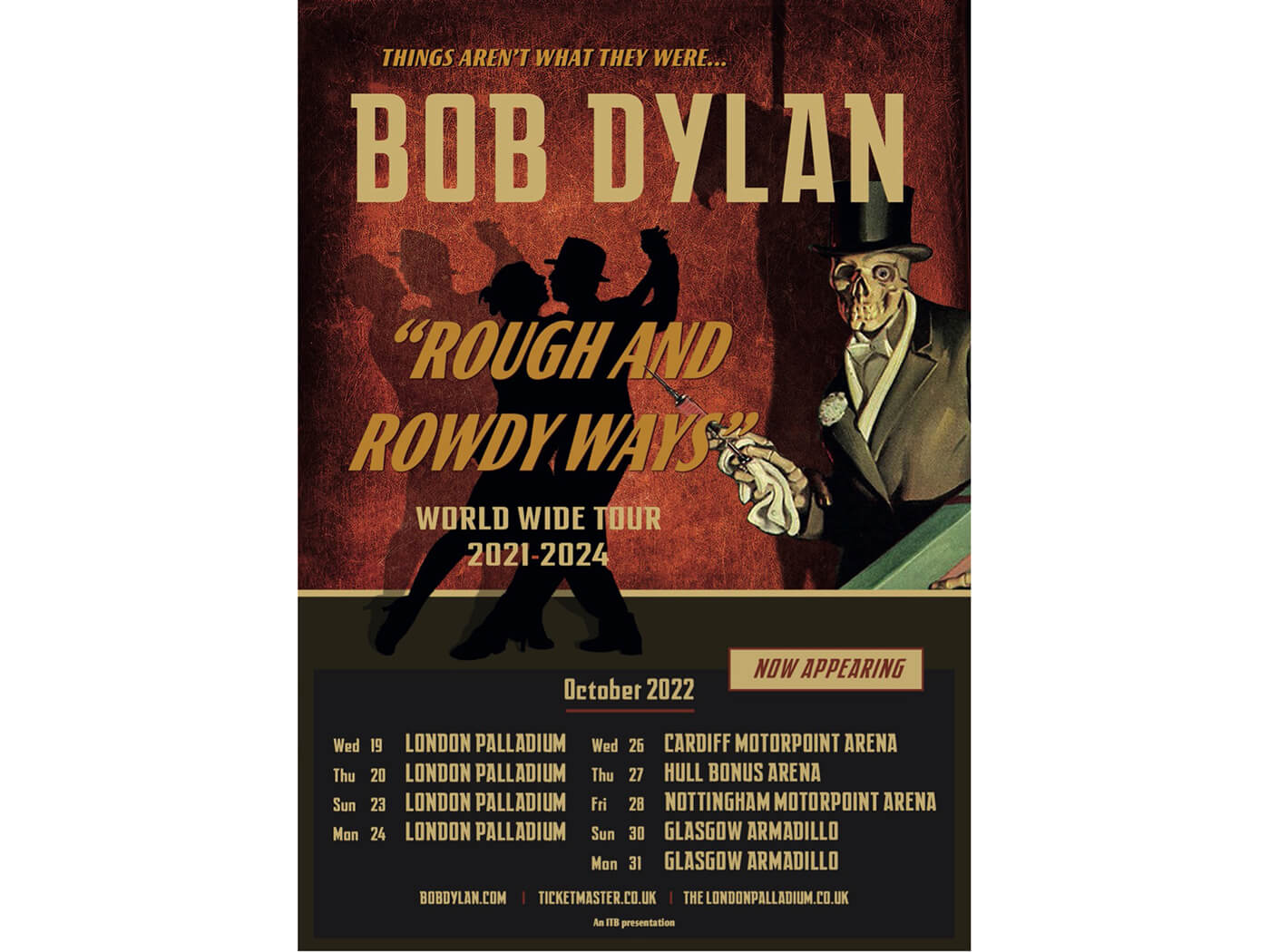 Tickets go on sale at 10am on Friday July 15 from here (for the London Palladium shows) and here (for all other dates).

Dylan has played 74 dates so far on his Rough And Rowdy Ways World Wide Tour, but this will be the first time he’s toured the UK in over five years.

If that’s not enough Bob for ya, Cat Power has announced that she’ll play a special show at the Royal Albert Hall on November 5, with a set recreating Dylan’s legendary 1966 show at the same venue in full. Tickets for that one also go on sale at 10am on Friday (July 15) from here.