Russell Lissack injured while on tour in South Africa 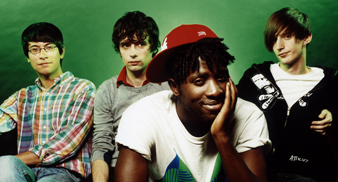 Bloc Party guitarist Russell Lissack was taken to hospital after being bitten by a lion while on tour with Ash in South Africa recently.

Lissack, who is currently playing with Ash as a touring guitarist, was bitten by the lion cub when he and Ash frontman Tim Wheeler visited an animal sanctuary in Cape Town.

He was subsequently taken to a nearby hospital where he had a tetanus booster, reports Spinnermusic.co.uk.

With Lissack now recovered after the attack, Ash are now back in the UK. They release their ‘A-Z- Singles’ compilation on October 11.