Black Francis On The Threshold Of New Album

The Pixies frontman to release first single from Bluefinger 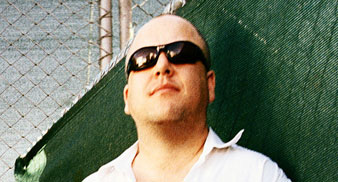 Black Francis aka Frank Black has announced that he will release a brand new track “Threshold Apphrension” next month.

The single, from new solo album “Bluefinger” will be available as a digital download on May 7 and as a 7″ vinyl/download bundle on May 28.

Talking about his new material, Black has released this cryptic tale of intent: “Bluefinger: someone from Zwolle, Netherlands … So I used a couple of Herman Brood’s painting titles for songs of my own for my new record Bluefinger. Herman Brood, the great Dutch rocker, painter, and famous junkie, who completed his journey in that great rock and roll suicide when he jumped off the Amsterdam Hilton a few years ago, was born in Zwolle.”

He continues: “Up there on the hill, above the cows, Herman Brood descended and for 54 years lived and walked among us. I have my own impressions as to what his painting Threshold Apprehension was all about. My song Threshold Apprehension has nothing to do with the painting except that it, and my record Bluefinger, has everything to do with my impressions of Herman Brood.”

Meanwhile, Black is also working on new Pixies material. In an announcement last Autumn, the group were scheduled to start rehearsals and recording at the start of January.

The solo project “Bluefinger” by his Black Francis alter-ego will be released in the UK in September.