Two UK shows for the 'Idolize Yourself' tour 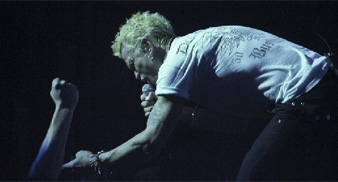 Billy Idol has revealed his plans to play two homecoming shows in the UK this summer.

The gigs in Manchester and London are his first live dates since his surprise appearance at Download festival in 2005 and when he sold out the Brixton Academy in 2006.

“I always look forward to returning home to the UK,” says Billy. “British audiences are the best and as always we will rock ‘em to their core. Brace yourselves; we’re comin’!”

On his Idolize Yourself Tour, Billy will perform a mixture of old and new material, including such classics as ‘White Wedding’, ‘Rebel Yell’ and ‘Eyes’ Without a Face’ and two new songs from his forthcoming album, The Very Best of Billy Idol: Idolize Yourself’.