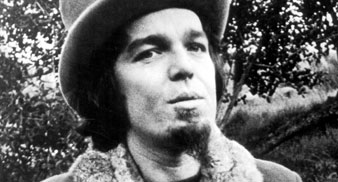 Franz Ferdinand, Klaxons and The Zutons are among the musicians to pay tribute to Captain Beefheart following his death after complications from multiple sclerosis on Friday (December 17).

Captain Beefheart, whose real name was Don Van Vliet, passed away in hospital in California aged 69.

Writing on Twitter, Zola Jesus described the influence Captain Beefheart has had on her career.

“Gave my brother my old, worn down copy of ‘Trout Mask Replica’ before I moved as a thank you to introducing me to his music when I was far too young. Nothing he did was a mistake, there were no accidents in his music. Only sheer invention, passion… dear god, why does the world keep losing such important people? Who will fill their shoes? My heart is heavy for you, Don Van Vliet!”

Meanwhile, Billy Bragg tweeted that “there was only ever one Captain Beefheart“, while Franz Ferdinand‘s Alex Kapranos wrote that he had “very much” influenced his own band.

Klaxons‘ Jamie Reynolds took to the site to say a simple “god bless”, and The Zutons frontman Dave McCabe tweeted that the musician “will be missed by all fans across the globe”.