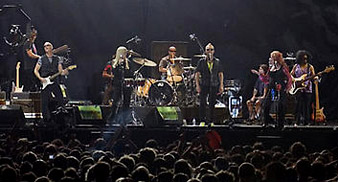 The B-52s have announced that they will play a short UK tour this July, in support of their first album release in 16 years.

The band are shortly due to announce more European show dates.