Arcade Fire drummer Jeremy Gara has given an update on the progress of the band's new album. 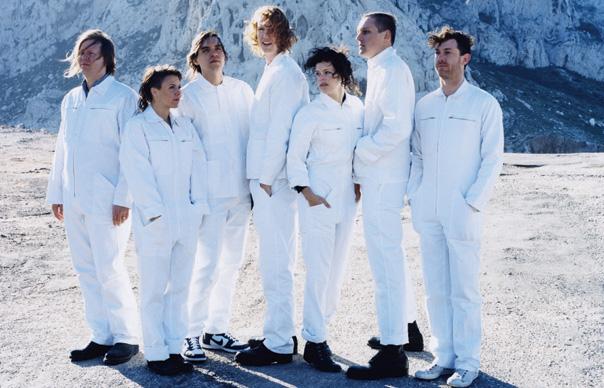 Arcade Fire drummer Jeremy Gara has given an update on the progress of the band’s new album.

Speaking to Ottawa radio station CKCU 93.1 – via Pitchfork, he explained that for the follow-up to 2010’s The Suburbs they had to leave their old church based studio, as the roof collapsed. However, they now have a new space where they are working ‘full-time’. He said: “Now we’re in the studio pretty much full-time just doing what we do. And we kind of shut the door. We haven’t really gone out and done anything in over a year now. We haven’t done photos or interviews or anything. We’re just working on music and growing beards and living at home a lot and going out to dinner together.”
He added that they’re not very far into the recording process, but have been working on the album for “a few months”.

He said: “We are under no pressure from record labels or management or whatever to do anything on any sort of schedule. We’re just working. We have no deadlines. It’s kind of coming along.”

Earlier this month, a new track by Arcade Fire, titled “Crucified Again“, surfaced online – scroll down to the bottom of the page and click to listen.

The Montreal band first played the new song at a show in Haiti earlier this year but, after performing the track at another gig in New York on October 4, it has now been posted by the Arcade Fire Tube account on YouTube.

In July of this year, a statement released on the band’s Twitter newsfeed confirmed that they will release their new album in 2013.