Alex Turner Up For Songwriter Award

The Monkey is nominated for an Ivor Novello 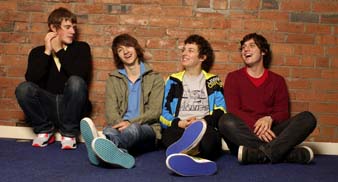 The Ivor Novello awards nominations were announced this lunchtime, and Arctic Monkeys, Amy Winehouse and Hot Chip are all in contention.

The awards, now in their 52nd year, celebrate British songwriters and composers for their contribution to the music industry’s success.

Hot Chip are up for Best Contemporary Song with their huge crossover track “Over And Over” against Amy Winehouse and Bodyrox.

The Ivor Novellos winners will be announced at a ceremony at The Grosvenor House Hotel in London’s Park Lane on May 24.

The nominees are as follows: