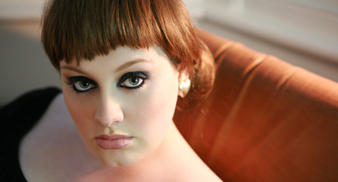 Adele‘s second album ’21’ has become the biggest selling digital album of all time in the US.

The album, which is also set to return to the top of the UK album chart on Sunday (July 17), has now outsold Eminem‘s ‘Recovery’, which had previously held the record. According to US Today, ’21’ has now sold 1.017 million copies, compared to Eminem‘s 1.005 million.

Digital sales have counted for almost half of ’21’‘s sales in the US, with a total of 2.6 million copies shifted in total.

It is also predicted that both Mumford and Sons‘ debut effort ‘Sigh No More’ and Lady Gaga‘s ‘The Fame’ will pass the million digital sales milestone later this year.