AC/DC launch their own range of tequila 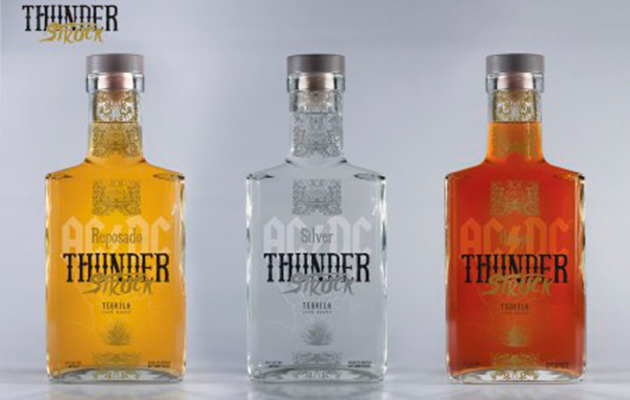 AC/DC are to release their own line of Tequila, available later this year.

The band, who last week were the first band to headline London’s Olympic Stadium, have teamed up with Mexican distillers Fabrica de Tequilas Finos to release a “fine” spirit, made from organically-produced 100% Blue Weber agave, called Thunderstruck.

Bev.net reports that the spirit will come in Silver, Reposado and Añejo varieties. It’s scheduled for an American release this year, priced between $29.99 and $39.99.

This isn’t AC/DC’s first venture in the beverage market.

They already have their own French-brewed lager, a “Back In Black” Shiraz, as well as a “Highway To Hell” Cabernet Sauvignon, which blends the aromas of ripe berries, wood aromas, chocolate, and peppermint and a “High Voltage” energy drink.