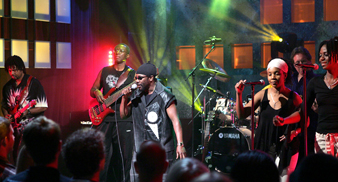 This years’ WOMAD festival has been confirmed, and is to take place the weekend of July 27-29.

The World of Music Arts & Dance festival is celebrating its 25th year by moving to the beautiful setting of Charlton Park, North Wiltshire.

Toots & The Maytals, Senegal’s Baaba Maal and US singer Candi Staton are amongst the first 17 artists confirmed to play.

Reggae/ska legends Toots and The Maytals, won a Grammy award in 2005 for the album “True Love”; re-recorded versions of their classics performed with other renowned musicians including Willie Nelson, Eric Clapton and Keith Richards. They also enlisted help from younger popular artists such as No Doubt, Ben Harper, The Roots, and Shaggy.

WOMAD’s increased capacity audience of 20,000 will see over 70 world class artists perform, hailing from 40 countries around the world.

WOMAD is renowned for it’s laid back approach, and the festival will feature music workshops, cookery sessions and hundreds of projections and visual arts structures throughout the weekend.