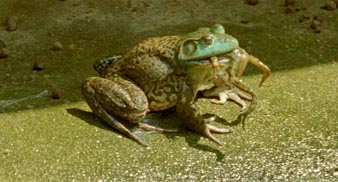 1. Manda Bala (Send a Bullet)
Jason Kohn’s dystopian doc is a brilliant, eye-opening essay on endemic corruption and inequality in Brazil, filtered through stories of kidnapping, frog farms, ear reconstruction and political chicanery. The winner of the Grand Jury Prize for Documentary lives up to the director’s own description: Robocop for real.

2. Son of Rambow
An irresistibly inventive, slapstick celebration of pre-teen DIY movie-making from Hammer & Tongs (Hitchhiker’s Guide To The Galaxy, REM’s “Imitation of Life” clip). Rushmore meets Science Of Sleep in early 1980s middle England. Shown out of competition, it sold for $8 million to Paramount.

3. Joe Strummer: The Future is Unwritten
Hard to think of a filmmaker better qualified to do the honours than Julian Temple (though Martin Scorsese and Jim Jarmusch both figure as interviewees). This is both an affectionate tribute – with rare archive footage stretching right back to the first rehearsals of The Clash – and a multifaceted portrait of a complex man.

4. Rocket Science
A minor gem from director Jeff Blitz, making his first fiction feature after the successful documentary Spellbound. Hal Hefner (Reece Daniel Thompson) is a tongue-tied teenager seduced into joining the school debate team by the ambitious Virginia (Anna Kendrick), who believes that the handicapped have something to prove. The spirit of Wes Anderson is never far away, but the movie refuses to go where you expect.

5. Snow Angels
Couples falling in and out of love supply the emotional epiphanies in this small-town tragedy from director David Gordon Green, changing pace and working on a bigger canvas after George Washington and Undertow. With a knock-out Sam Rockwell performance at its heart, this ambitious drama was short-changed by the jury.

6. The Great Wall of Sound
Green also produced this first rate debut from protégé Craig Zobel (shown out of competition). A throwback to Jarmusch-style minimalism, it’s the story of a couple of middle-aged trainee recording scouts who slowly realize the amateur acts they’re signing for a fee are pigeons in a scam.

7. Padre Nuestro
The Best Dramatic Feature, but in truth the competition wasn’t too intense. Christopher Zalla’s movie is a grippingly directed and well-acted thriller tied to the plight of an illegal Mexican immigrant whose money and identity are stolen en route to meet his long-lost father in New York. It falls down in the script department, which is contrived to say the least.

8. Zoo
Robinson Devor’s non-fiction film finds a somber, poetic path to understanding a taboo tale of sexual perversity: bestiality. The artful reconstructions withhold your pound of flesh, but if you let it, this is a rare movie that might challenge your preconceptions.

9. A Very British Gangster
Donal Mac Intyre gets up close and personal with Manchester gang boss Dominic Noonan (who changed his name to Lattloy Fottfoy by deed poll). Noonan is an extraordinary character, and to his credit Mac Intyre sticks his camera where most of us would fear to tread (he even asks if he’s gay), but the film is indulgent and overlong, with several Manchester tunes too many.

10. Smiley Face
Having reestablished his credibility with Mysterious Skin, Gregg Araki plays it unsafe with this wacky pothead comedy – and scores. The delectable Anna Faris stars, running the gamut from A-Z in pursuit of some very special cupcakes.

1. Hounddog
The most hyped movie turned out to be the biggest dog. Protestors unhappy about 12-year-old Dakota Fanning playing a rape victim were complaining for the wrong reasons: the movie is passably discreet, but it’s also an unpalatable stew of regressive southern clichés.

2. An American Crime
Depressingly shrill melodrama with Catherine Keener’s bible basher beating the holy crap out of teen punching bag Ellen Paige, with a little help from the neighbourhood kids. Based on a true story, this had to be a lot more insightful to justify its sorry existence.

3. On the Road with Judas
Kevin Corrigan and Aaron Ruell both play writer-director JJ Lask in this painfully self-aware travesty of a movie. For Lask, self-referentiality is only the ultimate in narcissism.