Heavenly choirs and fiendish noise… The radical beauty of a Canadian sound artist. 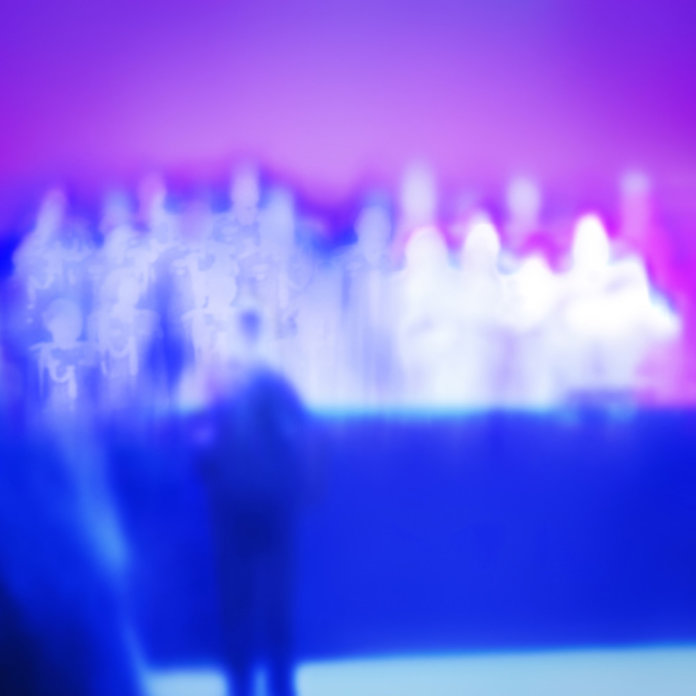 When My Bloody Valentine disappeared from view after Loveless in the early 1990s, it left the newly emboldened young noise aesthete with something of a dilemma. Kevin Shields may have taught them that noise could be profoundly beautiful as well as transgressive, but where might they find similar succour now he had apparently retired from the game?

For a while, the ranks of shoegazers worked well enough. But when Ride and their kin were revealed to be essentially orthodox indie-rock bands with a mild effects pedal fetish, a more daring, avant-garde scene gradually revealed itself, located somewhere in the hinterland between post-rock and electronica. The billowing fuzz pastoralia of Flying Saucer Attack proved a strong entry point, the deeper ambient recesses of Boards Of Canada and the Warp label a satisfying next step. Then came murky drum’n’bass subversive Third Eye Foundation, and on into an experimental zone occupied by painterly sound artists like Pluramon, William Basinski and, perhaps best of all, the Viennese guitarist Christian Fennesz.

It is into this discrete musical continuum, this expanding index of possibilities, that we can usefully plant Tim Hecker. Hecker, originally from Vancouver, has been around for about 15 years now, releasing a series of albums (Love Streams is the ninth) on which melodies are often processed, smashed and re-imagined in endearing new contexts. There are plenty of other ways to categorise his consistently lovely music. Sometimes he’s been bracketed alongside the ambient creatives who populated his old label, Kranky. At others, he’s been seen as one of those ADD digital collagists like Oneohtrix Point Never, an occasional collaborator. A third perspective ranks him as part of the burgeoning post-classical movement, though his music is rarely quite as polite as much of that scene. Love Streams might have roots in the 15th Century chorales of Josquin Des Prez, but it’s emphatically not a gauzy updating of classical music for Sigur Ros fans.

That said, Hecker’s new home of 4AD also allows him to be seen as part of yet another tradition of radically beautiful music; Love Streams wouldn’t look out of place in a record collection between Le Mystere Des Voix Bulgares and the Cocteau Twins’ Treasure. The 4AD-friendly old trope of “sonic cathedrals” might be worth dusting down, too, given Hecker’s recurrent meddling with liturgical music, a procedure which often unmoors the ecstasies of those original pieces from their devotional purpose. The core of 2011’s Ravedeath 1972 was played on a Reykjavík church pipe organ, casting Hecker as a potent millennial Bach, and Love Streams finds him back in Iceland, exploring what might happen when he feeds the human voice into his elaborate systems.

The genesis of Love Streams is complex, but seems to involve Hecker tampering with Josquin recordings on his computer, using a programme to print out a new score, then employing the local composer Johann Johannsson to help create living choral performances out of the adulterated work. To complicate matters further, Hecker reportedly asked the singers to imitate Chewbacca at critical points. Then, of course, he artfully mangled the heavenly voices once more, subjecting them to all manner of buffeting interference, and came out with an album where divisions between the fleshly and the digital are seductively blurred.

Hecker evidently delights in high concepts, in an Eno-like sense of theoretical play, and some of his titles – “Voice Crack”, “Castrati Stack”, “Collapse Sonata” – keenly celebrate his modus operandi. But it never feels like he is more interested in the process of making music than the actual end result. As a consequence, the likes of “Music Of The Air” and “Violet Monumental I” weave innumerable snatches of the choir, ebbing synths and phased white noise together into a remarkable filigree construct. Elsewhere, there’s more space than in some previous Hecker records. “Bijie Dream” begins like one of those oddly courtly Aphex Twin pieces – “Girl/Boy Song”, say – and even when the noise billows in, like a fractious weather system, it still leaves room for the melody to work itself out, relatively unadorned.

Maybe this is the key to Love Streams’ success. For all its diverting technical backstory, for all our attempts to manoeuvre Tim Hecker into various neat genre boxes, ancient and modern, his music is ultimately ravishing in a way that transcends method and context. When the ghosts in the machine sing so sweetly, it’s not strictly necessary to know how they became trapped there.

What attracts you to sacred music?

I think that it’s so loaded with the promises of transcendence, and reverence for something that isn’t obvious and material. I think a lot of art is devotional, in the sense that it is committed to or affirms something, but I’m more interested in using the veneer of transcendental music as an elastic surface to bend, mutate and replicate it into something else.

I started this record by overtly appropriating musical scores from the 15th Century composer Josquin Des Prez. Even at that time he wrote both sacred and secular music, so the distinction isn’t all that important. I worked on mutations of those pieces with a synthesizer, then worked with the composer Johann Johannsson to write choral arrangements that interacted with the original reworked pieces as an almost ouroboros of the voice. Interesting things come from misalignment and discord.

How do you think you’ve evolved as an artist over these past few years?

I think it’s hard to survive as a ‘composer’ or musician these days. I haven’t gone the route of radically rebuilding from scratch on each album, but I do definitely question whether I need to make music and whether releasing work adds anything to the world. Without feeling that hopefully it does, I probably wouldn’t bother.