The The’s Matt Johnson interviewed: “I was hallucinating giant spiders!”

Includes experimental music, the wisdom of John Lennon and an album of Hank Williams covers 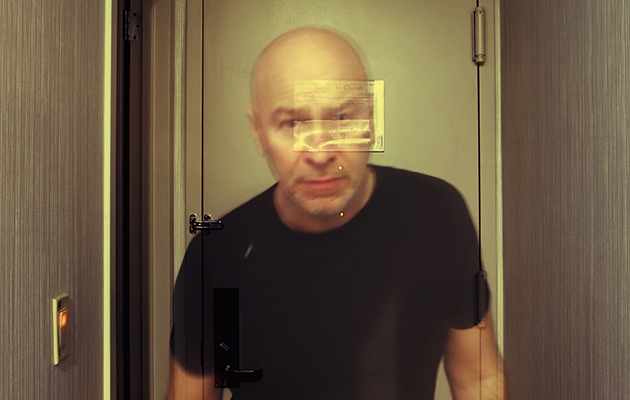 Following the exciting news that the ICA are to screen The The’s Infected The Movie in September, I thought I’d post my Album By Album interview with Matt Johnson from April last year. It involves the clash of civilisations, “strange, quite dense soundscapes” and a cameo from Tom Waits.

Incidentally, you can read another interview I did with Matt in 2014, around the re-issue of Soul Mining, by clicking here.

For over 30 years now, Matt Johnson has been pursuing a brilliant if idiosyncratic career in his guise as The The. There have been experimental electronic records, chart hits, social and political polemics, Hank Williams covers and, most recently, a spate of soundtrack projects. “I’d like to leave a nice body of work that is relatively unsullied,” admits Johnson. As he prepares to talk Uncut through his splendid career highs – including his latest score for the British crime thriller Hyena – he reveals that work is currently underway on a new The The LP proper. “The important thing is getting yourself in the frame of mind for it,” he explains. “Everything else follows from that. Having been away for so long, I have almost forgotten who I used to be. I almost forgot I was a songwriter in the first place, which is a horrible thing to say. But if it all goes to plan, the album will have freshness to it. It’ll be a new start for my career.”

BURNING BLUE SOUL
[4AD, 1981]
The son of an East London publican, Johnson proved to be a prolific songwriter: technically, this was his second album. Contains tape-collages and sonic experimentation.
I’d been in bands since the age of 11 and working full-time in a recording studio at 15, so I almost felt like a bit of a veteran by the time I released Burning Blue Soul. I already had a lot of recordings, including an album, See Without Being Seen, which was seven tracks I recorded between a little home studio that I built in the cellar of my parents’ pub and the studio that I worked at in Soho. The relationship with 4AD had started with the single “Controversial Subject”. I was operating a solo career and The The as a band at the same time, although it became a solo operation. Between “Controversial Subject” and Burning Blue Soul, I recorded a single for Some Bizzare, “Cold Spell Ahead”. This was all pretty much taking place during the same 18-month period. I think the first tracks recorded for Burning Blue Soul were “Time Again For The Golden Sunset” and “The River Flows East In Spring”, with Bruce and Graham from Wire. Around about this time, Ivo said, “You’ve got plenty of ideas yourself. How do you feel about producing yourself?” So they were recorded in pairs, I think. I did “Red Cinders In The Sand” and “Delirious” with an engineer called Pete Maben in Forest Gate. I went to Cambridge with Ivo to a studio, and did “Icing Up” and “Another Boy Drowning”. It was done piecemeal in different studios with different engineers. The whole thing was done for £1,800.