The War On Drugs, Future Islands and Jessica Pratt at End Of The Road Festival – Day 3

The final day of the Dorset festival reviewed 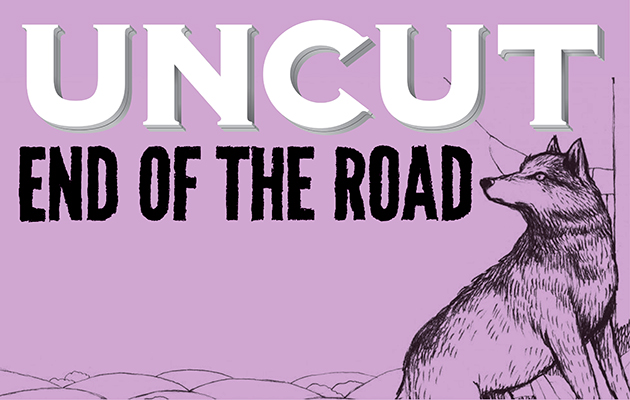 The final day of End Of The Road has been hot and sunny, a change from the chill of the first two days, but it hasn’t stopped festivalgoers from venturing into the shade of the Uncut Tipi Tent Stage to see Jessica Pratt. After taking part in an onstage Uncut Q&A earlier in the afternoon, the Californian returns to the same stage for a hushed, magical 45-minute set as the evening begins.

Pratt draws mostly from her second album, this year’s On Your Own Love Again, even taking the shape of the set from the record – she begins with the circling, ominous “Wrong Hand”, then ends with the duo of “Back, Baby” and “On Your Own Love Again” which close her album. Her records are so stripped-down that she manages to recreate them perfectly, with the help of an electric guitarist, Cyrus Gengras, though “Strange Melody” misses her exotic vocal harmony throughout.

“Night Faces”, taken from her debut album (recorded in 2007 but not released until 2012), is a highlight, the complex chords and melodies shifting slowly as Pratt sings of remembering “sad faces in the mirror by me“.

When we check out Future Islands on the Woods Stage, singer Samuel Herring is already drenched in sweat. The Baltimore-based synth-pop trio, joined by Michael Lowry on drums, have drawn an enthusiastic crowd, cheering all of the frontman’s unique dance moves and the occasional guttural, metal-style growls that Herring unexpectedly produces.

“I’m having way too much fun up here,” says the singer, before “A Song For Our Grandfathers”, an ode to North Carolina’s burned-out tobacco fields. “I’ve got to stop being silly.”

Of course, “Seasons (Waiting On You)” is the song most people have been waiting for, and a large part of the crowd sings along with each chorus, cheering Herring’s recreation of his dance moves from their pivotal appearance on Letterman last year. With the ‘hit’ over, they still stick around for “Lighthouse”, “Tin Man”, showing that Future Islands have now probably transcended that one song in the eyes of casual fans. The closing “Little Dreamer” is the final track on their debut album, 2008’s Wave Like Home, and Herring reveals that they’re playing it for the first time in a long while due to a special request.

“This song’s very important to me,” he says. “We wrote it back in the summer of 2007, when I was deeply in love with someone. I lost them a long time ago, but she’ll always be my little dreamer.”

“We’ve played a lot of festivals this summer with Future Islands out of Baltimore,” says Adam Granduciel during The War On Drugs‘ headline show on End Of The Road’s main stage a couple of hours later. “This one’s for them.”

The following “An Ocean Between The Waves” is one of many tonight taken from the band’s last album, 2013 breakthrough Lost In The Dream, and on almost every song the group whip up a robust wall of noise, a treble-heavy, bombastic onslaught of guitars and keys. Even without their usual guitarist Anthony LaMarca, the sound is hefty and punishing, if not as defined as the crystal-clear quality that Tame Impala and Sufjan Stevens enjoyed over the last few nights.

“Red Eyes” is brought out surprisingly early in the set, its pounding motorik-Bruce coda extended. Later on, the mellower “Eyes To The Wind”, complete with its smoky sax solo, is a highlight. Without the rich, ambient textures of Lost In The Dream‘s production, Granduciel’s classic rock influences really come to the fore on these more straightforward live versions – Bob Dylan, Bruce Springsteen, Pink Floyd, even Dire Straits, can be heard. A little more straightforward, yes, but perfect for warming up a cold field of tired festivalgoers on the last night of End Of The Road.