Lynyrd Skynyrd: “We wanted to be America’s Rolling Stones”

The full story of the ill-fated Southern rockers 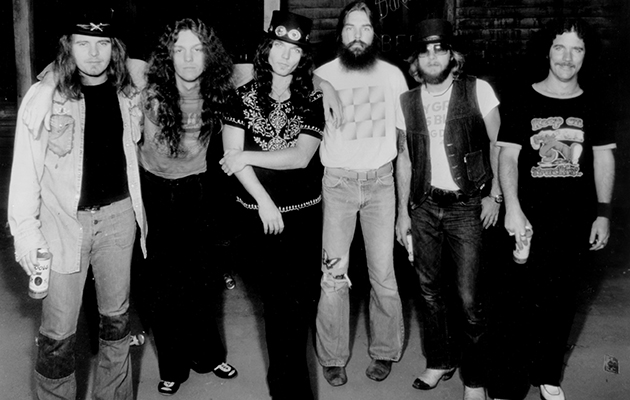 In this archive feature from the May 2006 (Take 108) issue of Uncut, the whole story of the ill-fated Southern rockers is told – from their days “acting crazy” and losing teeth, to their devastating, fatal plane crash. Words: Rob Hughes

Lord knows, Lynyrd Skynyrd had seen it coming. On the flight from Florida to South Carolina, the band’s Convair CV-240 tour plane had begun spewing orange flames from its starboard engine. The two pilots seemed unfazed, insisting there wasn’t a problem. But by the time they landed in Greenville, some were spooked enough to book commercial flights to their next destination.

The following day, leader Ronnie Van Zant decided to board again for that night’s gig in Baton Rouge, Louisiana. In lieu of Skynyrd’s all-for-one credo, the rest of the 26 people – bandmembers and road crew – followed suit. Stepping aboard in the late afternoon of October 20, 1977, Van Zant turned to security guard Gene Odom: “C’mon, let’s go,” he said. “If it’s your time to go, it’s your time to go.”

“We wanted to be America’s Rolling Stones,” guitarist and co-founder Gary Rossington tells Uncut in February 2006, “to be the biggest band over here. And I believe we were on our way.”

Only an act of God – say, a horrific plane crash – could possibly stop them.

Hurtling from the Florida swamplands, Skynyrd’s slashing, triple-guitar crosstalk and plain wisdom – digging deep into country, blues and Dixie soul – marked them out as quintessential blue-collar champions. In ’70s America, they looked like Confederate rednecks, but songwriter Ronnie Van Zant carried a raw sensibility and sense of moral justice that flew directly in the face of backward Southern cliché.

Their blueprint can be traced through to modern-day heroes like Drive-By Truckers, whose 2001 album Southern Rock Opera is a sideways Skynyrd tribute. Metallica, Eminem, Kid Rock, Kings Of Leon and My Morning Jacket have all acknowledged a debt. And, however dubious the appropriation, two anthems are now indelibly sewn into the fabric of American life. KFC recently used “Sweet Home Alabama” on their ads, while American news teams reported hearing the strains of “Free Bird” emanating from armoured Strykers on the streets of Mosul, Iraq earlier this year. Unlike Southern contemporaries The Allman Brothers or The Marshall Tucker Band, Skynyrd connected on a gut level.

“We were kinda rebels,” says Rossington. “From the wrong side of the tracks. Down where we were raised, it was a tough town. [Fellow founder] Allen Collins, Ronnie and myself had this dream to be a big rock’n’roll band. We had fire in our eyes. And we vowed never to quit until we made it.”

A like-minded bunch of high-school drop-outs from Jacksonville, the band began as a five-piece in 1964, fired by the music of the British Invasion. By 1972, after gigging relentlessly and leaving behind two seven-inch singles and a trail of different monikers, they’d become Lynyrd Skynyrd, a vowel-play on the old schoolteacher who’d chastised them for being longhairs: Leonard Skinner. They’d already cut a bunch of Muscle Shoals demos when ’60s legend Al Kooper caught Skynyrd at a bar in Atlanta, Georgia, while scouting for his Sounds Of The South label.